Welcome back! Need homework help now that school’s in session? Sign up for our newsletter!

Shakespeare’s play about the doomed romance of two teenagers from feuding families is the most famous love story ever written. Explore our Romeo and Juliet graphic novel to find illustrations of every scene in the play paired with helpful line-by-line translations of the original text. 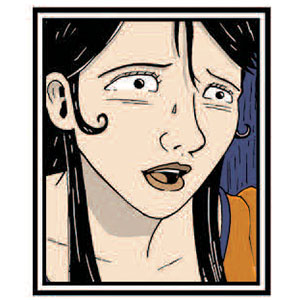 A brief overview of the main characters in Romeo and Juliet. 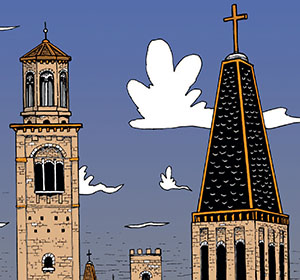 A fight breaks out between members of the Capulet and Montague houses, and as a result, Prince Escalus proclaims that fighting is prohibited, and that anyone who disturbs the peace will be sentenced to death. Elsewhere, Benvolio vows to help Romeo forget his unrequited love for Rosaline. Capulet talks with Paris about Paris's plans to marry Juliet, and invites him to a feast to begin wooing her. Romeo and Benvolio plan to attend this same party, even though they are Montagues, sworn enemies of the Capulets. Before the feast, Lady Capulet asks Juliet to consider Paris as a potential husband. Juliet says that she’ll observe him at the feast to see what she thinks of him.  Mercutio, Romeo, and Benvolio meet outside the Capulet home, wearing masks. Mercutio mocks Romeo for being so heartbroken over Rosaline, and delivers a strange speech about Queen Mab of the fairies. Romeo says that he has a bad feeling that the night will set fate in motion and lead to his untimely death, but decides to go in anyway. At the feast, Romeo and Juliet see each other for the first time and immediately fall in love. Tybalt wants to fight Romeo for sneaking in, but Capulet forbids him to. 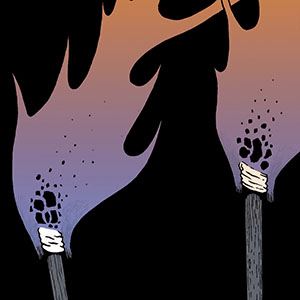 In the Act 2 Prologue, The Chorus explains Romeo and Juliet's intensifying love, and their determination to overcome the challenges posed by their rival families. After the feast, Romeo climbs over a wall onto the Capulet property, planning to find Juliet. He sees Juliet at a balcony above him, and hears her say that she wishes he would abandon his last name, or that she could forsake her own, so that they could be together. Romeo surprises Juliet by calling out to her from below, and the two profess their love for each other. Juliet promises to send a messenger the following day to make sure Romeo is serious about marriage. The next morning, Romeo asks Friar Lawrence to wed himself and Juliet. Friar Lawrence agrees despite his concern that the relationship is moving too quickly, and he hopes the marriage will end the feud between the Capulets and Montagues.  Benvolio tells Mercutio that Tybalt sent a letter to Romeo’s house. Mercutio guesses that Tybalt is challenging Romeo to a duel, and tells Benvolio that Tybalt is a strong sword-fighter. When Romeo encounters his two friends, he and Mercutio banter about women and love. Juliet’s Nurse talks to Romeo and agrees to send Juliet to Friar Lawrence later that day, so that they can wed. She returns to Juliet and relays the good news, and Juliet leaves to meet Romeo and the friar.  Friar Lawrence warns Romeo that marrying Juliet might have dangerous consequences, but when Juliet arrives, he relents and agrees to perform the marriage ceremony. 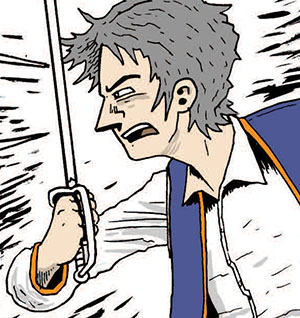 While walking around the city, Mercutio and Benvolio run into Tybalt and a group of Capulets, and Mercutio and Tybalt start to argue. Romeo walks up and Tybalt immediately challenges him to a fight, but Romeo refuses. Mercutio, infuriated, fights Tybalt instead. When Romeo steps in to break up the fight, Tyablt reaches under Romeo’s arm and fatally stabs Mercutio. Romeo, enraged and heartbroken over the death of his best friend, kills Tybalt, then flees the scene. Prince Escalus arrives and demands that Romeo be exiled, saying that if he does not leave the city, he’ll be executed for disrupting the peace.  The Nurse tells Juliet that Romeo has killed Tybalt and has been exiled, but says that she will make sure Romeo comes to Juliet for their wedding night. The Nurse finds him and gives him a ring from Juliet. Friar Lawrence scolds Romeo harshly for killing Tybalt, then advises him to spend the night with Juliet and then flee to Mantua, with the hope that Prince Escalus might eventually change his mind about Romeo’s exile.  Meanwhile, the Capulets promise Paris that Juliet will marry him in three days. When they tell Juliet the news, she says that she won’t go through with the marriage, and her father angrily claims that if she doesn’t, he’ll disown her and throw her out of the house.  The next morning, Romeo leaves Juliet after their wedding night, and Juliet heads to Friar Lawrence to see if he can help prevent her marriage to Paris. 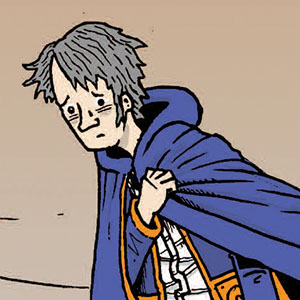 Friar Lawrence gives Juliet a vial of sleep-inducing potion and tells her that once she drinks it, she’ll enter into a deathlike state for 48 hours. Her parents and Paris will believe that she’s dead, and will place her in the Capulet tomb. In the meantime, Friar Lawrence will send word to Romeo of the plan, and when Juliet awakes, Romeo will be there to take her to Mantua.  Juliet returns home and tells her parents that she agrees to marry Paris. Once alone, she worries about what could go wrong, and has a vision of Tybalt’s ghost searching for Romeo, but she puts her fears aside and drinks the potion. The next day, her parents begin to prepare for Juliet’s wedding to Paris. Then, they discover her seemingly lifeless body and mourn until Friar Lawrence arrives. He tells them to prepare to bring her body to the Capulet tomb. 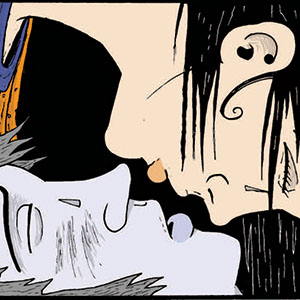 In Mantua, Balthasar tells Romeo that Juliet is dead. Romeo is devastated, and buys poison from an apothecary. He plans to return to Verona, commit suicide in Juliet’s tomb, and lay beside her in her grave that night. Back in Verona, Friar Lawrence sees Friar John, who was supposed to deliver a letter to Romeo explaining that Juliet had faked her death and Romeo should meet her in the Capulet tomb. Friar Lawrence is shocked to find out that Friar John’s journey was delayed and he never gave Romeo the letter, and Friar Lawrence makes a plan to rescue Juliet once she wakes up, and hide her until Romeo arrives. Friar Lawrence writes another letter to Romeo explaining the situation, and sends Friar John off to deliver it. He doesn't know that Romeo has already heard the news of Juliet’s death, and that he has made plans to die beside her.  Paris sees Romeo mourning outside Juliet’s tomb, and the two fight. Romeo kills Paris, then sees Juliet’s “corpse”, drinks the apothecary’s  poison, and dies. Juliet wakes, finds Romeo dead, and stabs herself.  Friar Lawrence explains what happened, and the Capulets and Montagues agree to end their feud.

Understanding Shakespeare just got easier with our Romeo and Juliet graphic novel!