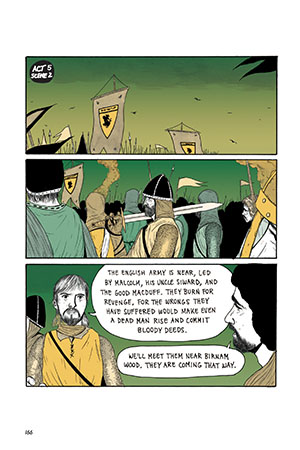 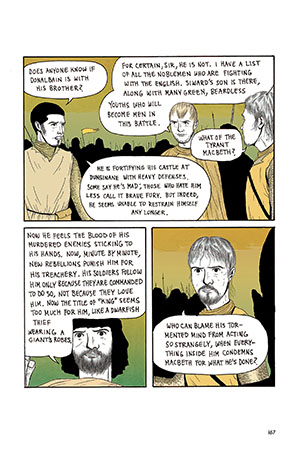 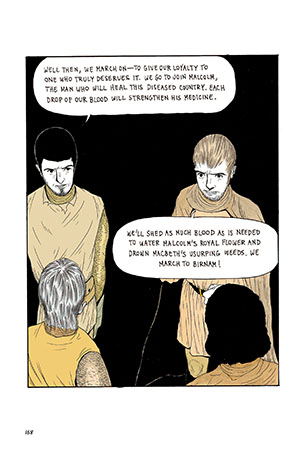 CAITHNESS: Does anyone know if Donalbain is with his brother?

LENNOX: For certain, sir, he is not. I have a list of all the noblemen who are fighting with the English. Siward's son is there, along with many green, beardless youths who will become men in this battle.

MENTEITH: What of the tyrant Macbeth?

CAITHNESS: He is fortifying his castle at Dunsinane with heavy defenses. Some say he's mad; those who hate him less call it brave fury. But indeed, he seems unable to restrain himself any longer.

ANGUS: Now he feels the blood of his murdered enemies sticking to his hands. Now, minute by minute, new rebellions punish him for his treachery. His soldiers follow him only because they are commanded to do so, not because they love him. Now the title of "king" seems too much for him, like a dwarfish thief wearing a giant's robe.

MENTEITH: Who can blame his tormented mind from acting so strangely, when everything inside him condemns Macbeth for what he's done? 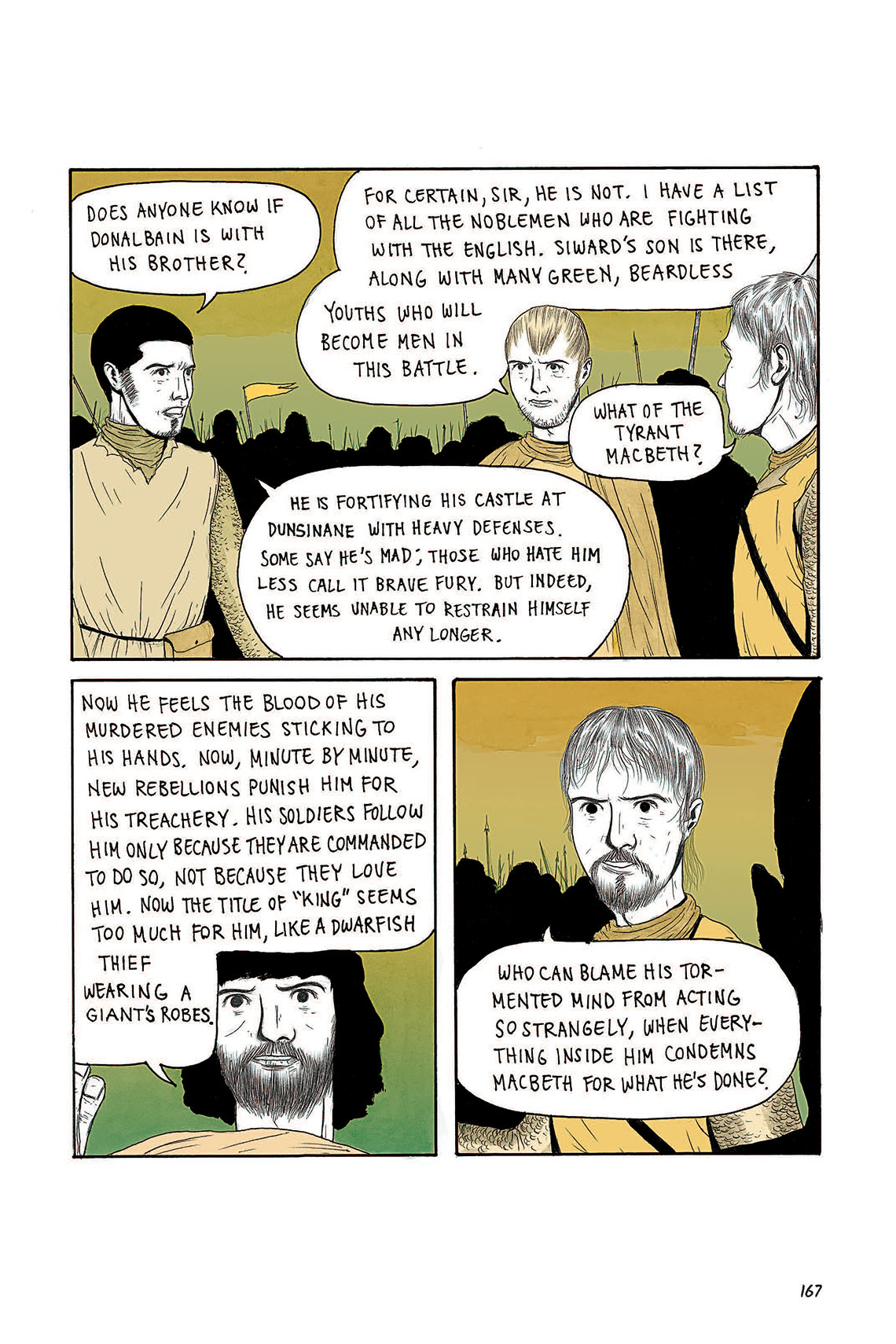