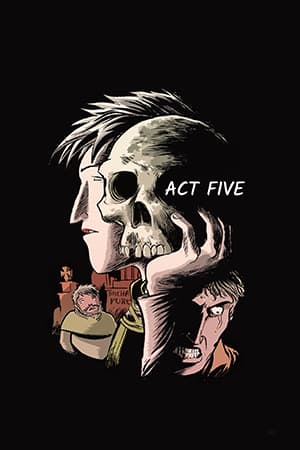 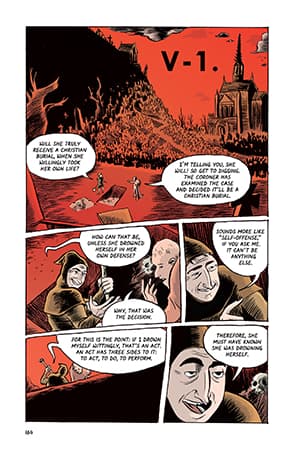 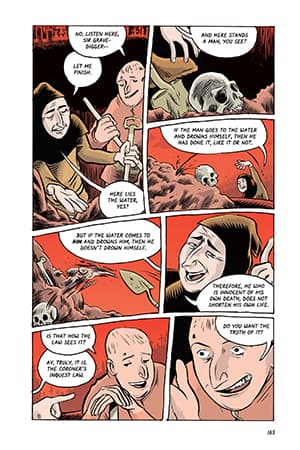 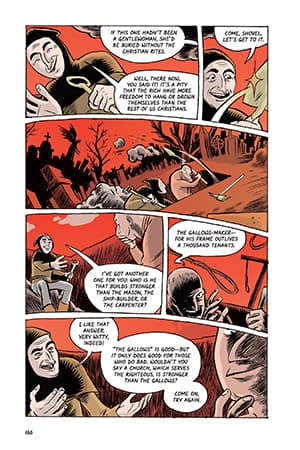 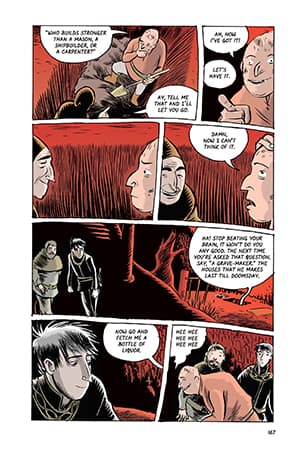 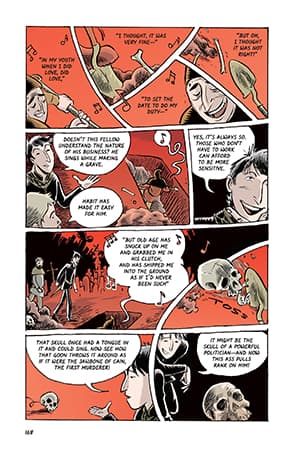 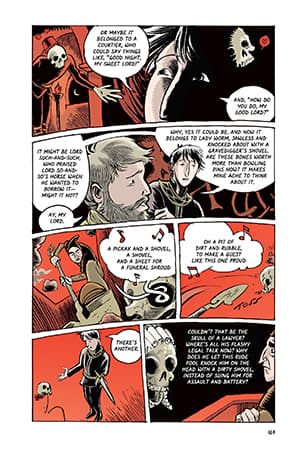 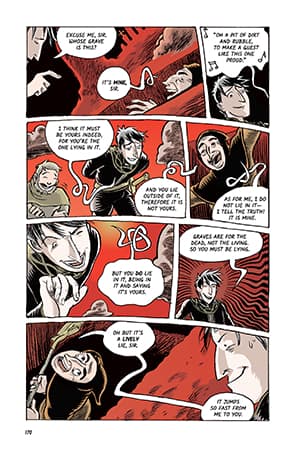 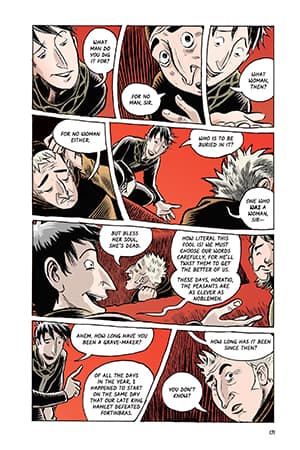 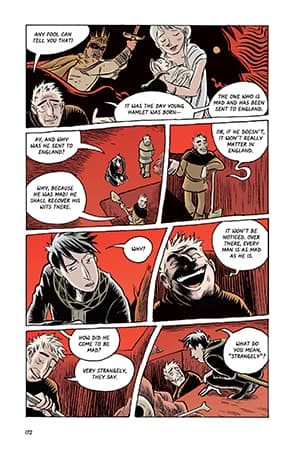 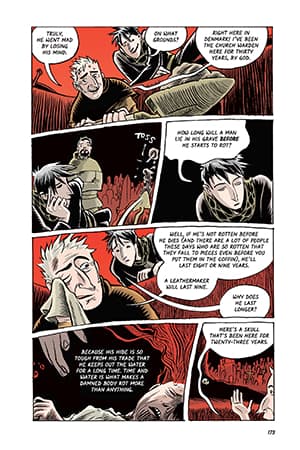 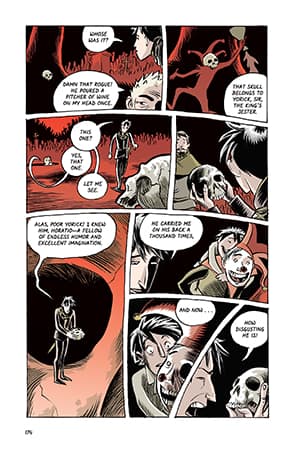 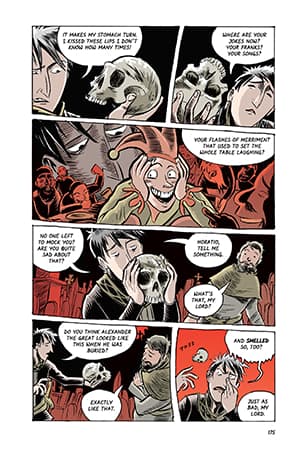 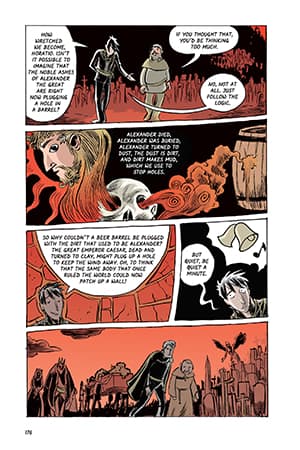 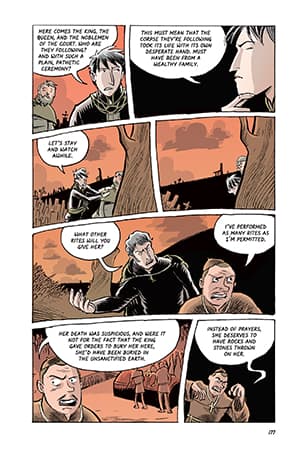 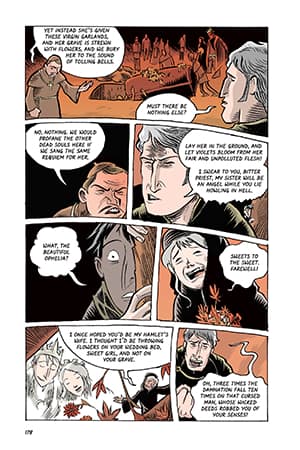 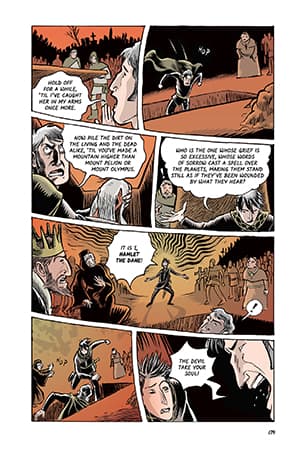 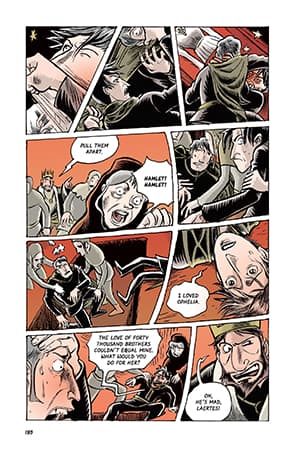 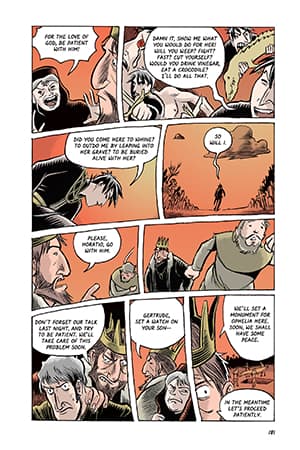 HAMLET: Or maybe it belonged to a courtier, who could say things like, “Good night, my sweet lord!”

HAMLET: It might be Lord Such-and-Such, who praised Lord So-and-So’s horse when he wanted to borrow it—might it not?

HAMLET: Why, yes it could be. And now it belongs to Lady Worm, jawless and knocked about with a gravedigger’s shovel. Are these bones worth more than bowling pins now? It makes mine ache to think about it.

GRAVEDIGGER: "A pickax and a shovel, a shovel,

And a sheet for a funeral shroud

Oh a pit of dirt and rubble

Couldn’t that be the skull of a lawyer? Where’s all his flashy legal talk now? Why does he let this rude fool knock him on the head with a dirty shovel, instead of suing him for assault and battery? 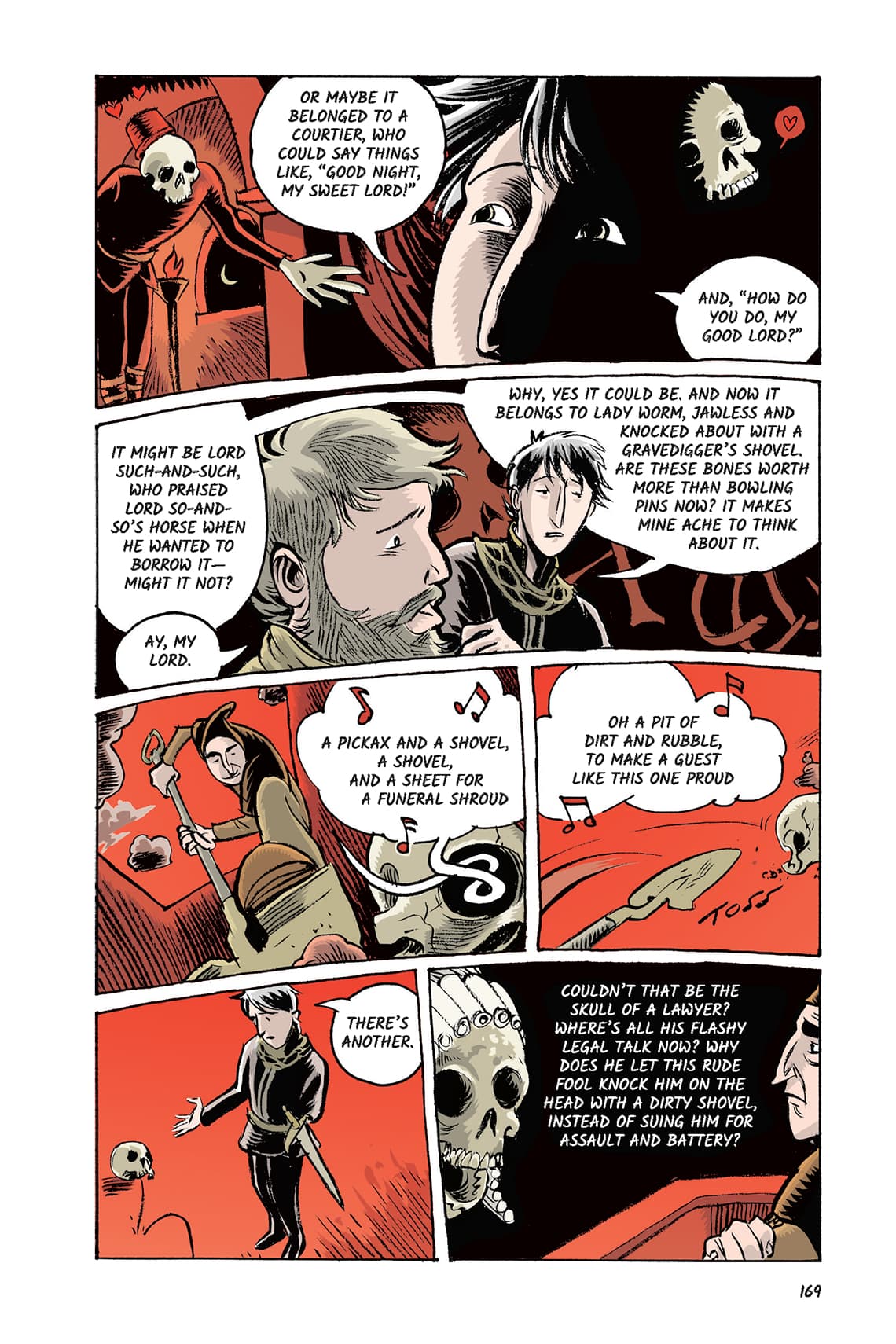