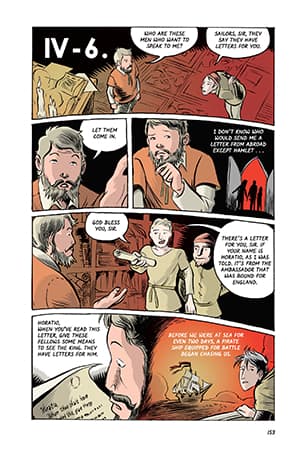 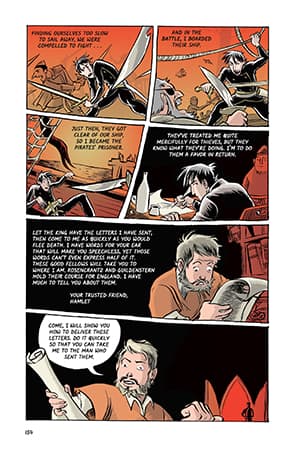 HORATIO: Who are these men who want to speak to me?

SERVANT: Sailors, sir, They say they have letters for you.

HORATIO: Let them come in.

I don’t know who would send me a letter from abroad except Hamlet . . .

There’s a letter for you, sir. If your name is Horatio, as I was told. It’s from the ambassador that was bound for England.

When you’ve read this letter, give these fellows some means to see the king. They have letters for him.

Before we were at sea for even two days, a pirate ship equipped for battle began chasing us. 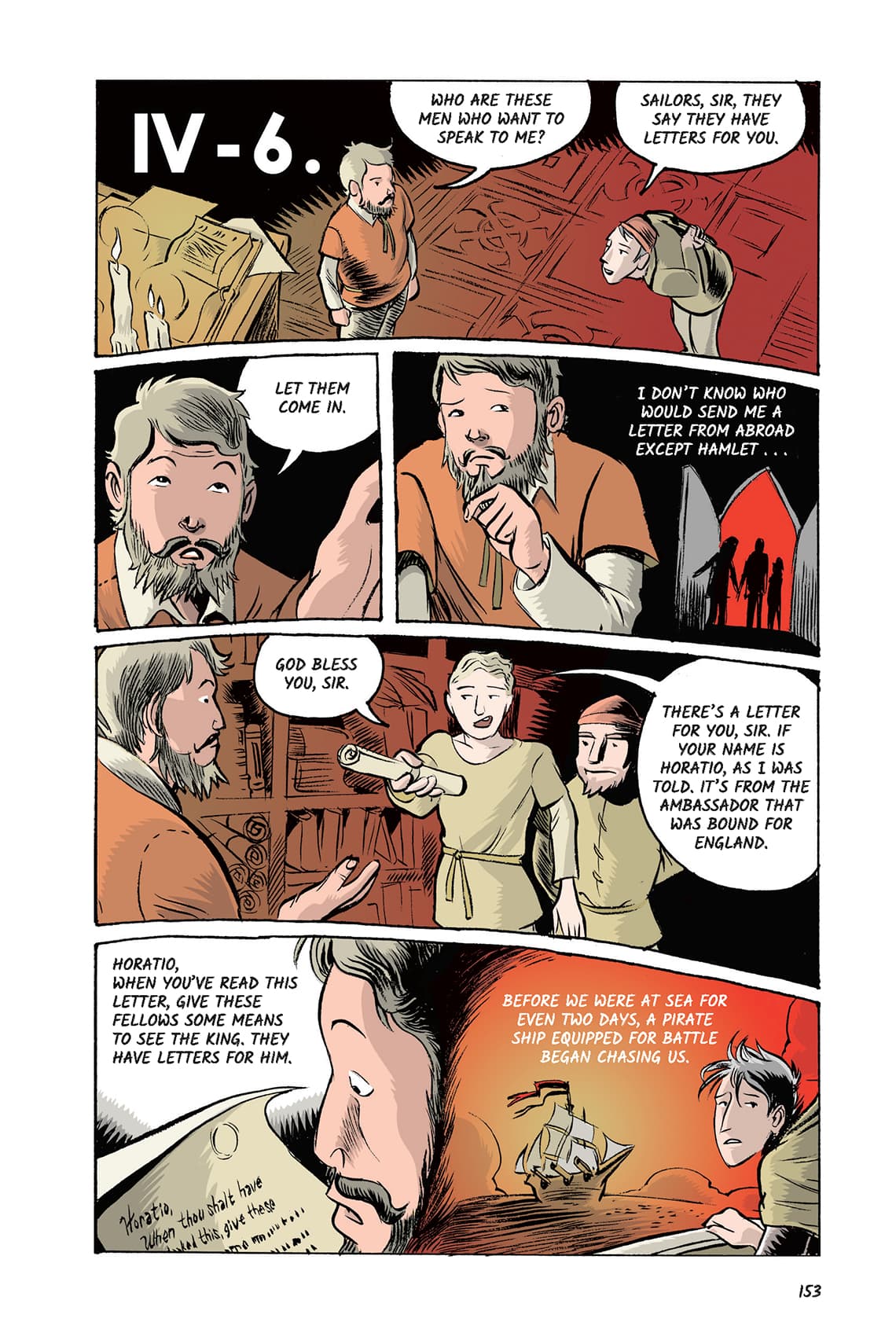