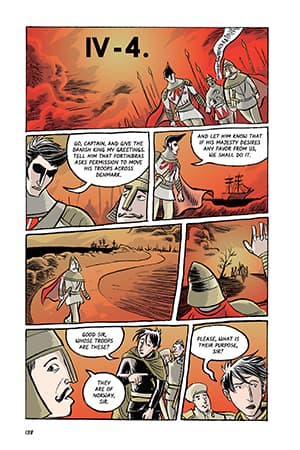 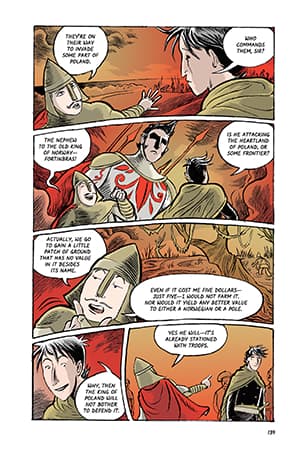 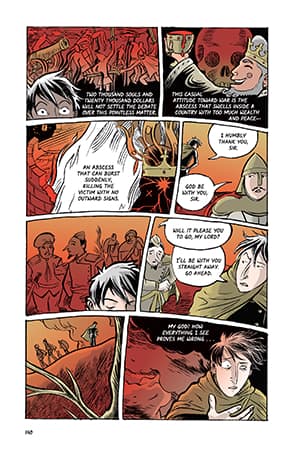 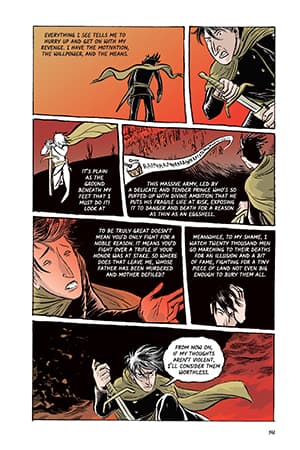 HAMLET: Everything I see tells me to hurry up and get on with my revenge. I have the motivation, the willpower, and the means.

It’s plain as the ground beneath my feet that I must do it!

Look at this massive army, led by a delicate and tender prince who’s so puffed up with divine ambition that he puts his fragile life at risk, exposing it to danger and death for a reason as thin as an eggshell.

To be truly great doesn’t mean you’d only fight for a noble reason. It means you’d fight over a trifle if your honor was at stake. So where does that leave me, whose father has been murdered and mother defiled?

Meanwhile, to my shame, I watch twenty thousand men go marching to their deaths for an illusion and a bit of fame, fighting for a tiny piece of land not even big enough to bury them all.

From now on, if my thoughts aren’t violent, I’ll consider them worthless. 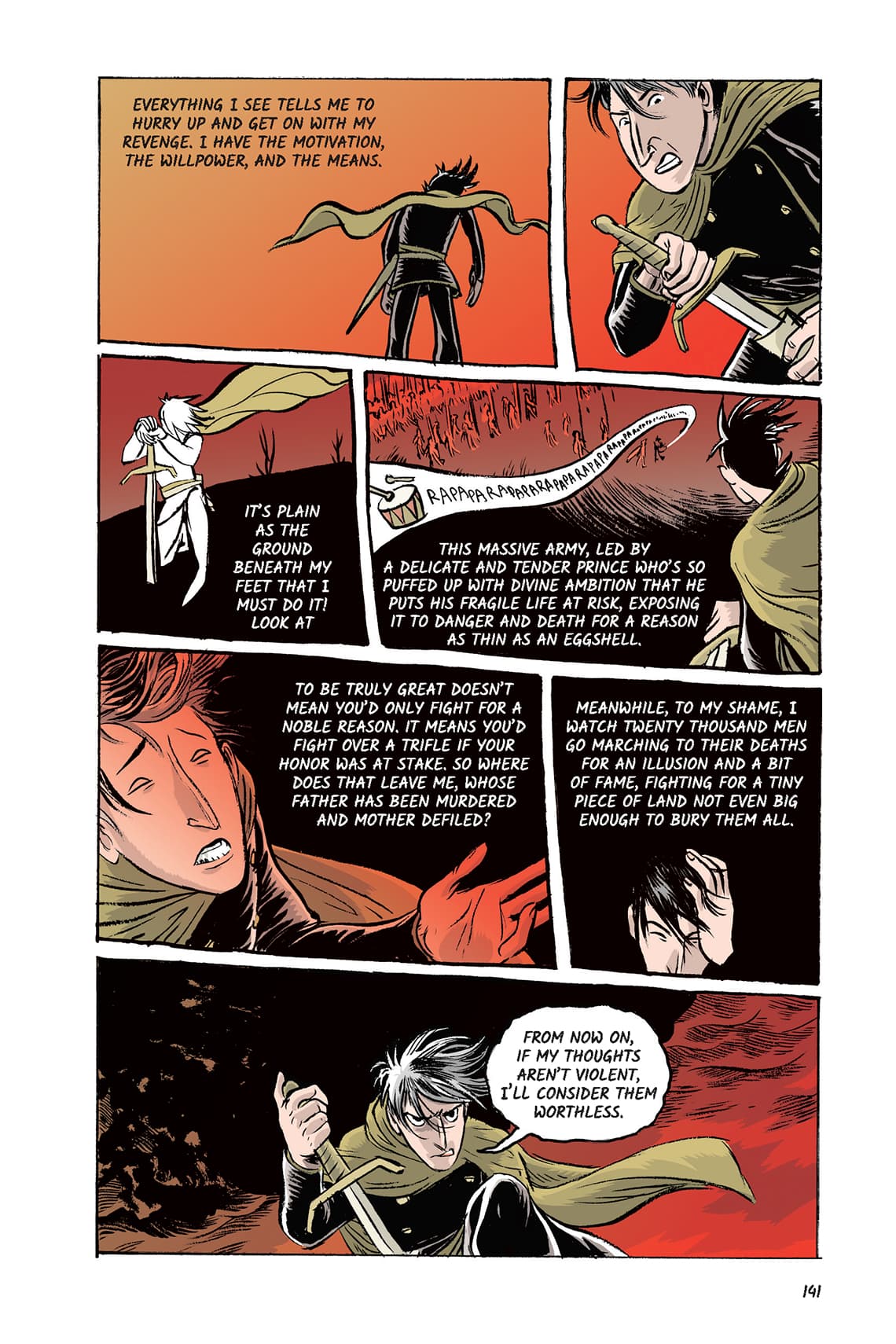