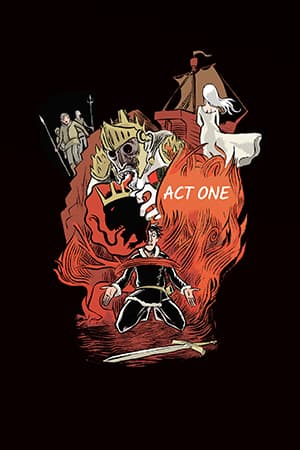 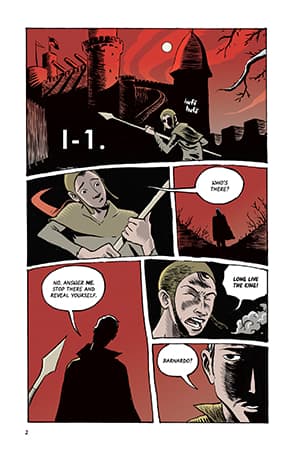 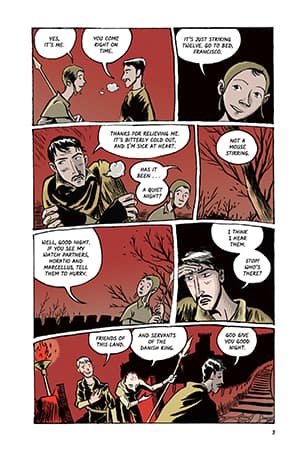 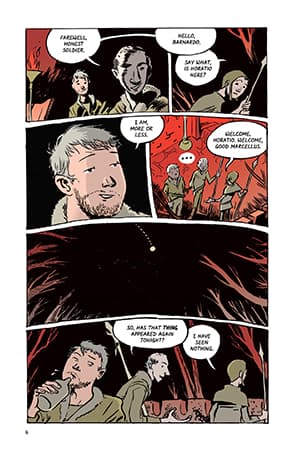 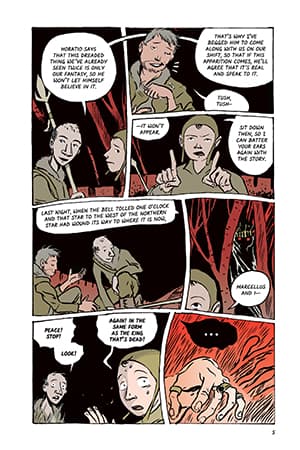 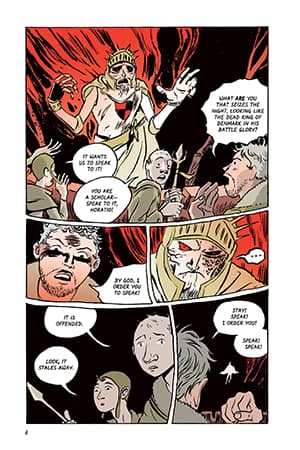 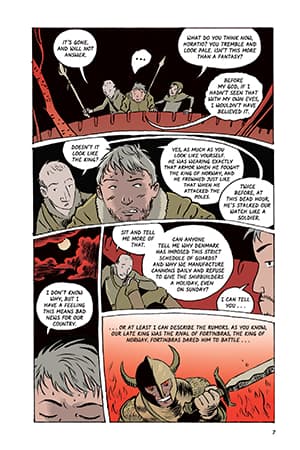 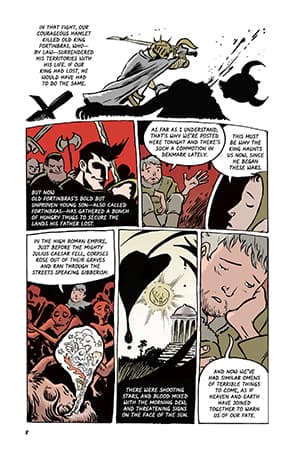 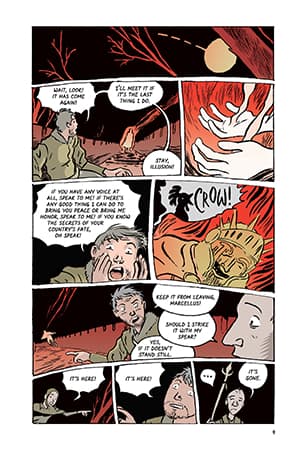 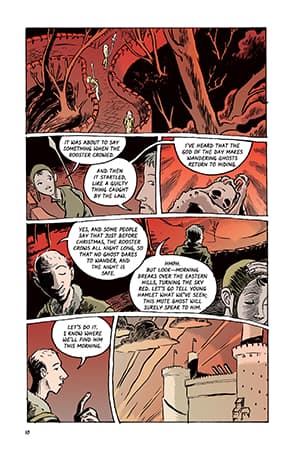 HORATIO: In that fight, our courageous Hamlet killed old King Fortinbras, who—by law—surrendered his territories with his life. If our king had lost, he would have had to do the same.
But now old Fortinbras’s bold but unproven young son—also called Fortinbras—has gathered a bunch of hungry thugs to secure the lands his father lost.
As far as I understand, that’s why we’re posted here tonight and there’s such a commotion in Denmark lately.

BARNARDO: This must be why the king haunts us now, since he began these wars.

HORATIO: In the high Roman Empire, just before the mighty Julius Caesar fell, corpses rose out of their graves and ran through the streets speaking gibberish.
There were shooting stars, and blood mixed with the morning dew, and threatening signs on the face of the sun.
And now we’ve had similar omens of terrible things to come, as if heaven and earth have joined together to warn us of our fate. 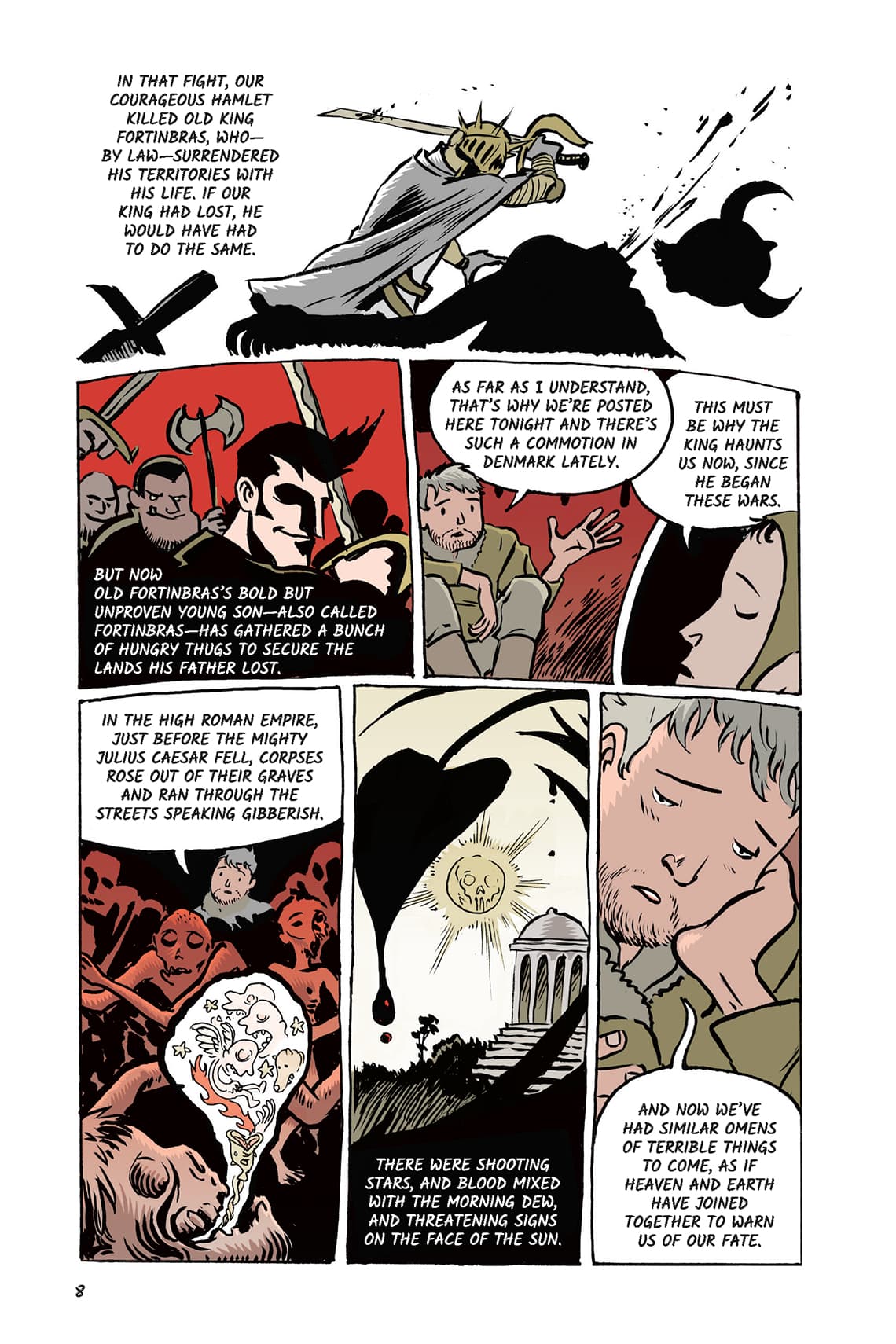